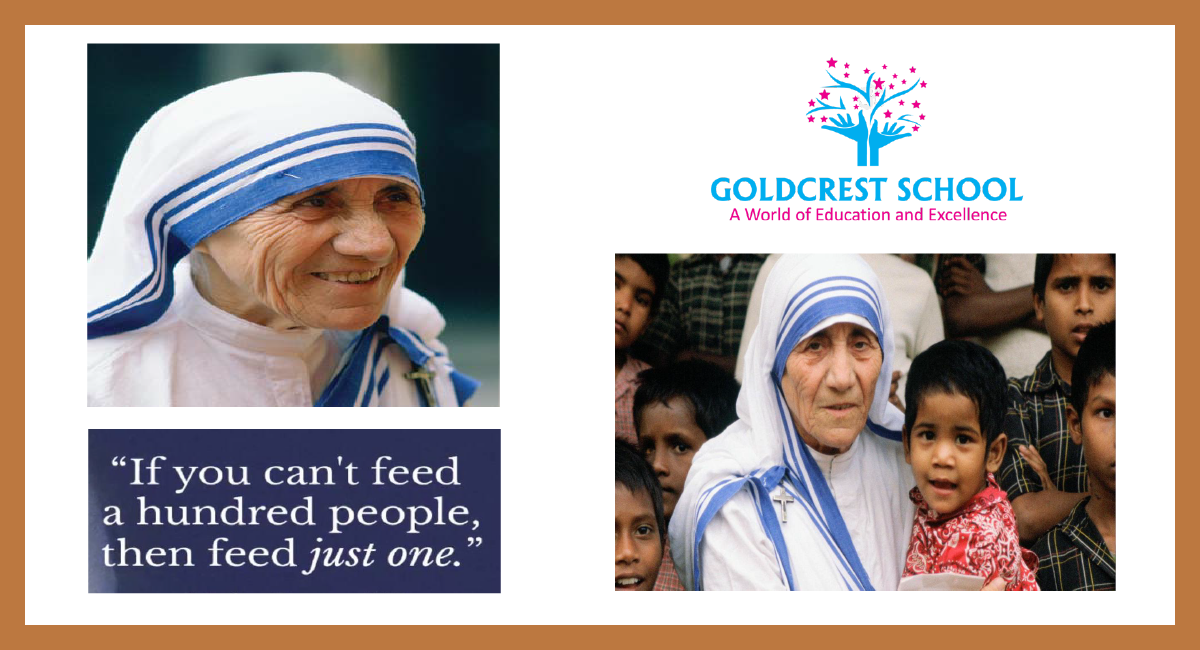 Mother Teresa also known as Saint Teresa of Calcutta born in ‘Skopje’. She had lived in Macedonia for eighteen years then she moved to Ireland again from there to India, where she lived for most of her life.

Mother Teresa does not need any introduction, as she is an inspirational personality who poured the unconditional love on poor people. As we know she is a Noble Prize winner, praised globally for her incredible and heart-touching charitable services. We can call her the ‘kindest heart in the world’. Teresa founded the Missionaries of Charity In 1950, which is a Roman Catholic religious congregation had over 4,510 sisters.

At a very young age she had an institution and innate feeling to serve the needy people. She had feeling that she wanted herself to be called a nun. When she turned 18 years of age, she had the permission to pursue her dream and joined a group of nuns. She had training in Ireland and after a few months of training, she was permitted to visit India.

Born as a Roman Catholic, Mother Teresa always believed and preached that serving the people is the chief principle preached by Jesus Christ! But she had a great passion towards India and Indian culture and practices.

In her whole life Mother Teresa received more than 120 prestigious awards and honors. In 1979 she won the ‘Nobel Prize’. The Norwegian Nobel Committee recognizes Mother Teresa’s work in bringing help to suffering humanity. She also received the highest U.S. civilian award, the Presidential Medal of Freedom, in 1985.

In 1997, Mother Teresa said her last words “I can’t breathe” and surrendered her spirit to god at the age 87. Even though Mother Teresa is not physically here she is always spiritually here. Her work of kindness is being continued through the Missionaries of Charity and other organizations.

Mother Teresa was a loving and caring woman. She would always give priority to others instead of herself. We should take inspiration from her and follow her principles to make a difference in the world.